As data privacy regulation grows, so does consumers’ awareness of how their personal data is being used. It’s important to retain customer trust with consistent data handling practices.

However, in the traditional siloed enterprise architecture, there are often gaps between different lines of business, and how they’re implementing guidelines in their day-to-day data use, which creates a data privacy “vision gap”. Organizations must address it if they’re to achieve and maintain data privacy readiness at the operational level.

During this event, our panel of experts will be discussing how to operationalize enterprise data privacy programs and maintain readiness in a continuously evolving environment.

What makes this course unique?
This course focuses on the “how” —how to create a comprehensive data privacy program across your organization that will help achieve and maintain data privacy readiness.
An attendee will learn:
What the data privacy “vision gap” is.

Some challenges resulting from this vision gap.

Creating a strategy for aligning data systems and processes with privacy law requirements and customer expectations.

Planning for “triggers” that could impact compliance status.

How to establish alliances between different lines of business.

Ways to use automation to lighten to administrative load.

How to gain and maintain consumer trust and loyalty.
Industry Focus

All industries will benefit from this webinar.

Director Level and above

Other technology professionals that work with data 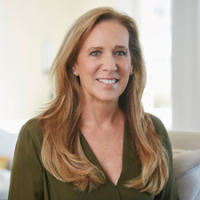 Jill Reber, General Manager of Data Privacy, and former Primitive Logic CEO is an attorney and nationally recognized expert on data privacy, particularly GDPR, CCPA, and other data protection laws. She has spoken on the topic at events sponsored by American Banker, International In-House Counsel Journal, Information Management, the American Bar Association, and other national and international organizations.
Following several years as a business litigator, Jill started a practice providing general counsel services to startup tech companies. In 1990 she joined business and technology consulting firm Primitive Logic (one of her clients) and became CEO in 2008.
Having spent decades helping Fortune 500 companies with enterprise architecture, large scale system integrations, and end-to-end data initiatives, Primitive Logic saw an opportunity to help clients operationalize GDPR, CCPA, and other data privacy regulations into sustainable data privacy programs. In an environment where “data as the new currency” had become a mantra, Primitive Logic set out to help businesses understand and implement the “how” behind the “what” of the regulatory landscape.
In 2019, Primitive Logic joined forces with Logic20/20, where Jill joined the executive leadership team as General Manager of Data Privacy.
Darren A. Bowie 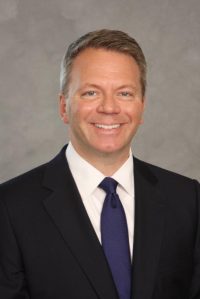 Before AIG, Darren served as Legal Director for North America at Nokia, where he managed the legal group that supported Nokia’s business in the United States and Canada.  Darren also was Assistant General Counsel at AOL. Darren began his career at the US Federal Trade Commission, where he served in a number of positions, including as legal advisor to Chairman Timothy J. Muris.  Darren is a recipient of the FTC Distinguished Service Award and the FTC Louis D. Brandeis Outstanding Litigator Award.

Darren graduated from the University of Pennsylvania Law School, where he was an editor of the Journal of International Business Law.  He graduated with high honors from the College of William and Mary, where he was a member of Phi Beta Kappa.

Dionne Pulcinella is an attorney and First Vice President, Senior Compliance Officer for Deposits and Payments and is the People’s United Bank Privacy Officer. Dionne is relatively new to the field of privacy, but in her tenure as Privacy Officer, has overseen the implementation of the Bank’s CCPA privacy compliance program and became a Certified Information Professional (CIPP/US). In her day-to-day responsibilities as the Bank’s Privacy Officer, Dionne responds to inadvertent disclosures of customer information by reporting to the state of the customer’s residence and drafts credit monitoring communication as required. Additionally, Dionne is responsible for administrating annual privacy training and updates the Bank’s privacy notices, as needed. Dionne is a member of the ABA’s CCPA Privacy Working Group and BPI’s Privacy Committee.
Dionne graduated from the University of Pennsylvania Law School and from Amherst College with honors, with a B.A. in Political Science and Spanish.
Paul DeMello 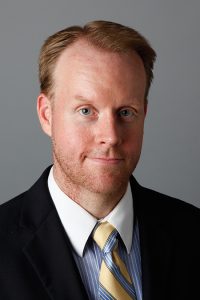 Paul DeMello is a seasoned risk and compliance professional with nearly 20 years’ experience in finance and risk management. Paul is currently the Director of Risk and Compliance for North America at BNP Paribas Asset Management and is based in New York. He is the Co-Regional Director for the New York Chapter of the Professional Risk Management International Association (PRMIA). Paul is also on the Board of Directors for the Institute of Community Living, a not-for-profit health care provider based in New York City. Paul has a Master of Science in Risk Management from the NYU Stern School of business, along with a number of specialized certifications. 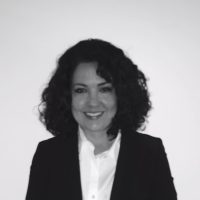