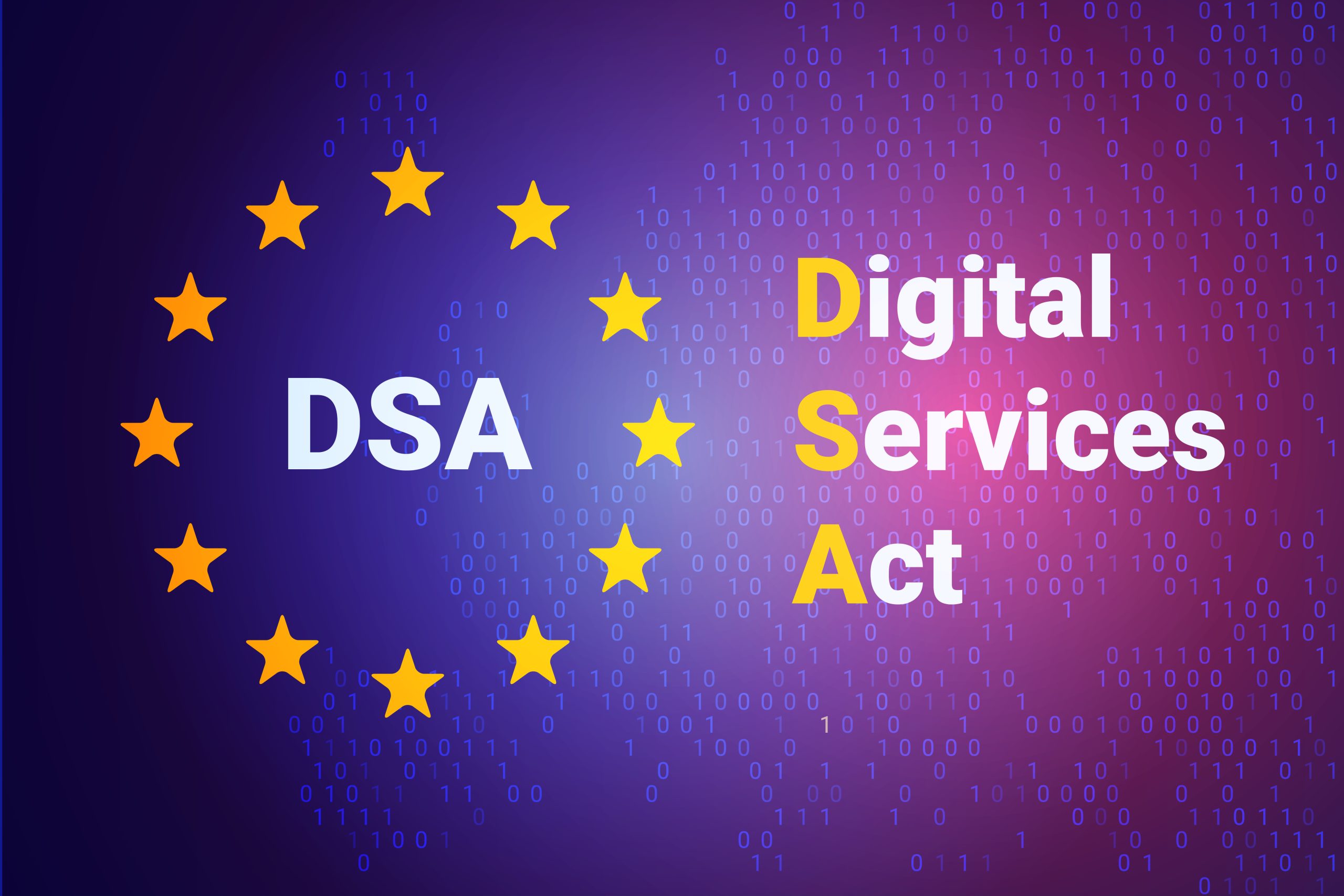 On November 1, the European Union (EU) published the details of the Digital Services Act (DSA). According to this article in Wilson Sonsini (WS), the DSA “complements” the Digital Markets Act (DMA), which took effect on November 1, 2022. The two acts will regulate digital service providers in and outside of the EU.

WS states the DSA will act in accordance with existing pieces of legislation that “impose moderation and transparency requirements” on the provision of digital services, including the review of online content for terrorist activity, “political advertising,” and illegal activities.

The DSA applies to Intermediate Service Providers, which include:

The application of the provisions of the DSA will depend on the “nature and size” of an organization. Intermediate service providers will be subject to the following obligations:

However, according to WS, the “most burdensome” obligations are related “to content moderation, online advertising, and trader transparency.” For example, online platform providers must also:

Additionally, WS further provided that the providers of online platforms or search engines which reach more than 45 million consumers will be designated as “very large online platforms” (VLOPs) and “very large online search engines” (VLOSEs) by the Council of the European Union and will be “subject to the highest degree of regulation.” Therefore, in addition to the above outlined obligations, VLOPs and VLOSEs must engage in the following:

The DSA created a European Board for Digital Services (EBDS) to enforce its provisions in a consistent manner across all covered entities. Companies that are not established in the EU, but intend to continue offering their online services to EU consumers or companies owned by EU individuals will be required to designate a “legal representative in the EU” who will ensure compliance with the DSA and be held individually liable for any noncompliance by their organization. According to The Paypers, the inclusion of the representative requirement “has so far been accepted positively by European players as it would ensure a level playing field within the Single Market.”

The Board will impose fines for noncompliance which WS states a “will reach a maximum of six percent of a company’s annual worldwide turnover.” The Paypers notes that an issue has been raised amongst industry participants that the “threat of significant fines for non-compliance might lead to preventive removal of content, which might otherwise be considered legal, putting companies in the uncomfortable position of risking fines under the Digital Services Act or being criticized for violating freedom of expression by censorship.”

Covered entities will have until February 17, 2024, to reach compliance with the DSA. However, for VLOPS and VLOSEs, the DSA will apply four months after their designation by the EC, which The Paypers states “could take place as early as in the first half of 2023.”

ADCG’s podcast returns this week. In our newest episode (to be released Thursday), two incredible guests, Gary Corn and Jamil Jaffer, join our host, Jody Westby, to discuss Cyber Command, its role and jurisdiction, and what it can do in cyber conflict situations and how it may help the private sector when under nation state attacks.

Gary Corn is director of the Technology, Law & Security Program at American University’s Washington College of Law and former career military with his last position as the Staff Judge Advocate (General Counsel) to U.S. Cyber Command.

Episodes can be enjoyed on many platforms including Spotify and Apple Podcasts. Our most recently released episodes:

A Guide to New Draft SCCs–and the EDPB’s Response

Ever since the EU-US Privacy Shield was struck down in Schrems 2.o, companies have been scrambling to figure out how to safely transfer data in and out of the EU while remaining compliant with the General Data Protection Regulation (GDPR). At this point, the general consensus is that transfers from the EU should only be…
Become a member to access this content.

Businesses and organizations registered with the U.S. Securities and Exchange Commission are often required to share personally identifiable information (PII) with the regulatory body. But for entities that have operations outside of the U.S., complying with SEC requests has created a legal conundrum since the European Court of Justice’s Schrems 2.0 ruling–which invalidated the EU-U.S.…
Become a member to access this content.